As part of an exhibit called Door County Treasures at Edgewood Orchard Galleries, I created a piece reflecting the beauty of Schoolhouse Beach in Jackson Harbor on Washington Island.I am always impressed that visitors to the beach are more than willing to use the rocks to create sculptures or totems. I was also struck by the fact that many “human beings” were taking rocks from the beach prompting the good citizens of Washington Island to put up signs, warning of fines for doing so. I'm pleased to say that “no Schoolhouse Beach rocks were damaged or stolen in the process of making this sculpture.”

The sculpture was made using white earthenware clay. The larger rocks were thrown on a potter’s wheel, then paddled and altered to look like a rock. The smaller rocks were made by hand. The finished ceramic rocks were then decorated with colored clay slip and fired in an electric kiln to make them permanent. The color of the base of the sculpture was selected to emulate the color of the sky and water on a warm summer day. The birch frame containing the rocks was taken from a construction site, where they were to be destroyed.

I originally wanted the sculpture to be played with. Viewers could construct and de-construct the sculpture just as visitors to Schoolhouse Beach would do. These ceramic rocks are not as durable as the real rocks, so the clay slip on the surface of these ceramic stones can chip.

The sculpture has been donated to the Art & Nature Center of Washington Island for a fundraiser. 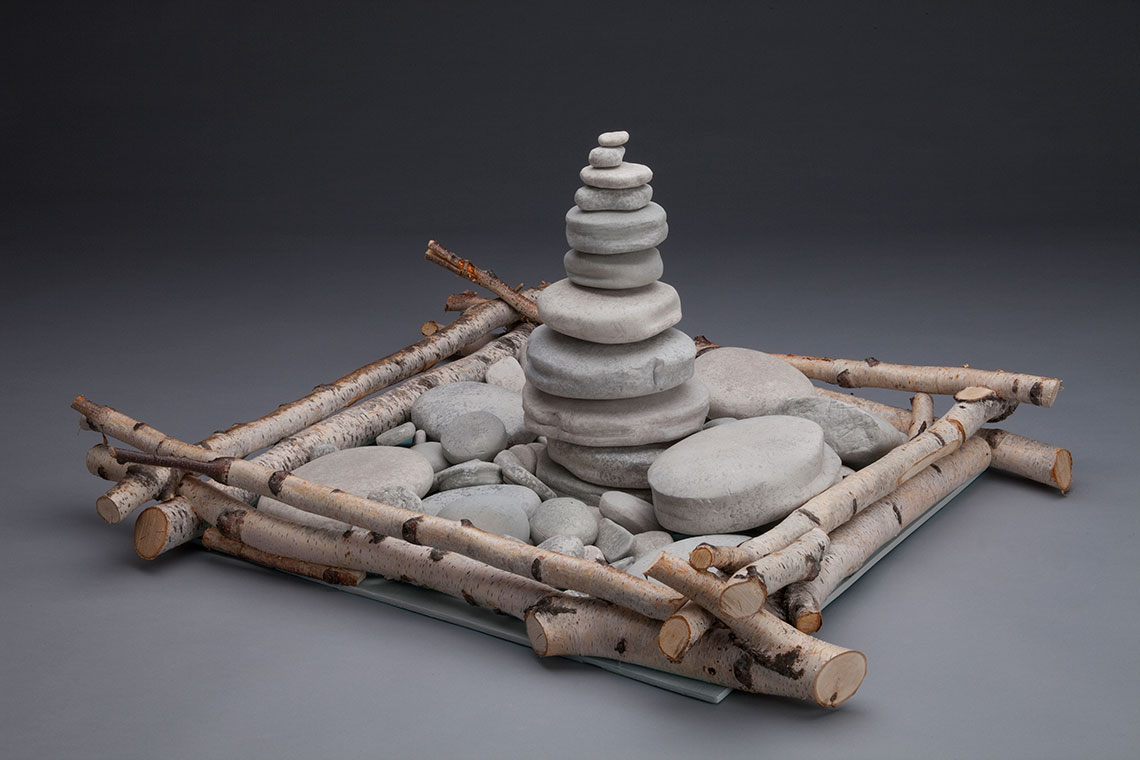